The preliminar schedule is described below:

Prof. Dr. Luiz Davidovich – President of the Brazilian Academy of Sciences (to be confirmed)

Title: “On the self-similar solutions to the curvature flow for curves.”

Title: “The Yamabe invariant and the Yamabe equation”

Titles, Abstracts of Talks and Short Bio of the Speakers 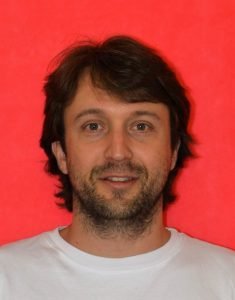 Abstract: We will review several results on inverse spectral geometry in the setting of homogeneous Riemannian manifolds. Some key points will be Schueth’s examples of continuous curves of isospectral left-invariant metrics on compact Lie groups, Sutton’s construction of isospectral compact homogeneous Riemannian manifolds (as a generalization of Sunada-Pesce’s and), method spectral isolation/uniqueness problems among $G$-invariant metrics on a fixed homogeneous space $G/K$. 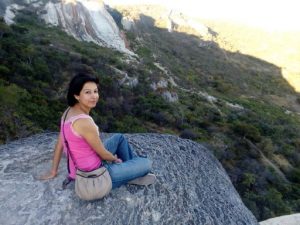 Abstract: In this talk, we will generalize some classical results to the class of $RCD(K,N)$ spaces, which is the synthetic notion of the class of riemannian manifolds satisfying $Ric \geq K$ and $dim \leq N$. This new class of spaces include Ricci limit spaces and Alexandrov spaces.  In particular, we will generalize the following:  Given a fixed dimension $n$, there exists a positive number $\varepsilon(n)$ so that any $n$-dimensional riemannian manifold satisfying almost nonnegative Ricci curvature, that is, $Ric_g \textrm{diam}(M,g)^2 \geq -\varepsilon(n)$, must have first Betti number smaller than or equal to $n$ and when it equals $n$ the manifold is a flat torus. Joint work with I. Mondello and A. Mondino. 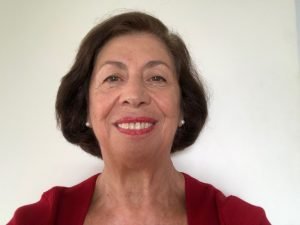 Title: On the self-similar solutions to the curvature flow for curves.

Short bio: Professor Emeritus at the Universidade de Brasília. Bachelor in Mathematics from Universidade Federal do Rio de Janeiro (1967), masters in Mathematics from University of Michigan (1969), PhD in Mathematics from IMPA (1972), post-doctorate in Mathematics at the University of California, Berkeley (1975-1978). She was the President of the Brazilian Mathematical Society (SBM) (1989-1991). She was a member of the Mathematics/Statistics Committee of CNPq, Ministry of Science and Technology, (1983-1985) and (2018-2021), She represented the field of Mathematics/Statistics at CAPES, Ministry of Education (1995-1999) and the field of Exact Sciences at the Scientific Council of CAPES (1997-1999). She has been the President of the Foundation for Studies in Mathematical Sciences since 1997. She was Chief Editor of the journal Matematica Contemporânea, published by SBM(1990- 2010). She was Chairman of the Mathematics Department of the Universidade de Brasilia (1978-1980) and member of the Committee of Science and Technology of the DF . She was elected member of the Brazilian Academy of Sciences (1991) and member of the World Academy of Sciences (TWAS) (2005). She was distinguished by the President of Brazil with the “Ordem National do Mérito Científico na Classe Comendador”; (1996) and “Grã-Cruz”(2018). She received “Moção de Louvor” from the Legislative Chamber of the DF (2012) and she received the title of Honorary member of the Brazilian Mathematical Society (2017). Her research work in Mathematics is in the field of Differential Geometry and its interaction with partial differential equations. She has been the advisor of 25 master’s degree students and 29 PhD students. 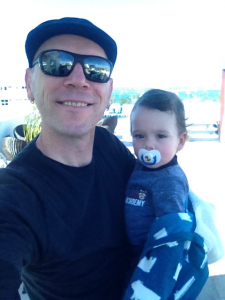 Title: The Yamabe invariant and the Yamabe equation

Abstract: In this talk, I will survey results on the Yamabe invariant, and use this to motivate results on the multiplicity of solutions to the Yamabe equation. The Yamabe invariant appears naturally in the study of the Hilbert-Einstein functional. There has been progress in the study and computation of the invariant, but many important questions about it remains open. In particular computations for Riemannian products are not known and this motivates the study of the space of solutions of the Yamabe equation. I will comment on some recent results in this direction.

Short bio: Jimmy Petean obtained his PhD in Mathematics in 1997 from the State University of New York at Stony Brook, under the supervision of Claude LeBrun. He spent one year as a postdoctoral visiting professor at the Max Planck Institut fur Mathematics at Bonn and after that, in 1998, joined the Centro de Investigacion en Matematicas (CIMAT) in Guanajuato, Mexico, where he is currently working. He works on problems on differential geometry and geometric analysis. His PhD thesis dealt with applications of Seiberg-Witten invariants to the study of indefinite Kahler-Einstein metrics on compact complex surfaces. He later studied the behavior of the Yamabe invariant under surgery and applications using cobordism theory. He also obtained results on the minimal entropy problem on closed manifolds, and multiplicity results for solutions of the Yamabe equation.

For the registration at the conference, please access: https://forms.gle/ugYxMAAaoJMHT3o7A